There are three reasons we LOVE this turkey gravy. First of all, it is rich, savory and has a delicious concentrated turkey flavor (the kind that you CAN NOT get from a package or a jar). Secondly, you can make this gravy a day ahead of time and escape those "last minute" holiday scheduling conflicts or the dreaded "I need just one more stove burner" issues. Thirdly, the recipe makes enough for a big turkey dinner AND enough for those scrumptious "day two" hot turkey sandwiches!! 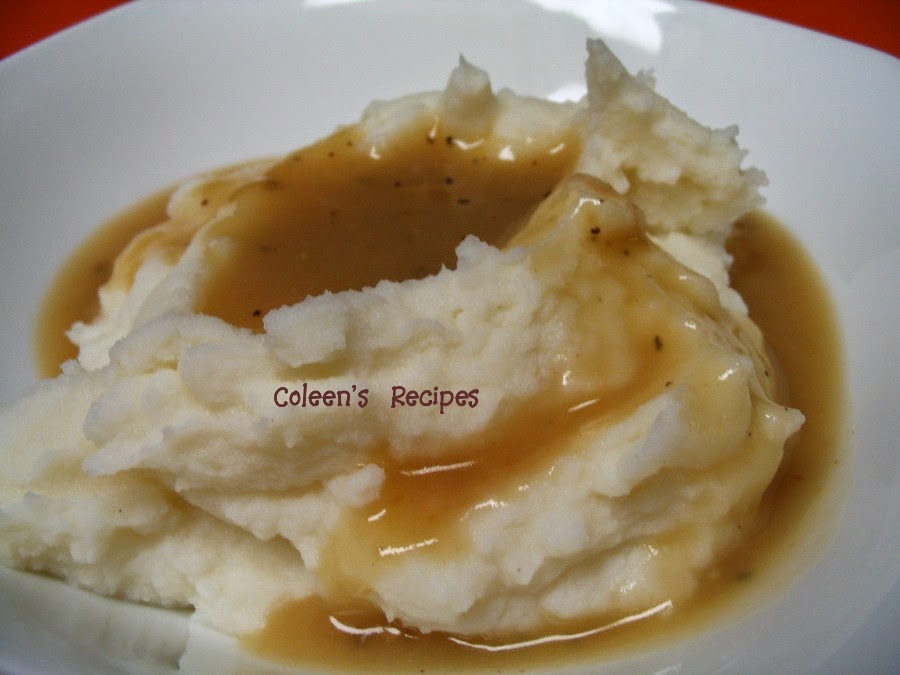 It may sound like this recipe makes a ton of gravy, but don't forget that the liquid "cooks down" for an hour, so actually you'll end up with about 5 cups of good rich gravy, which is just perfect.

Put the turkey wings (or drumsticks), quartered onions and 1 cup of water in a large baking pan. Make sure the pan is big enough so that the wings are not on top of each other.

Bake in preheated 400°F oven for 1 1/2 hours or until wings are nice and golden. 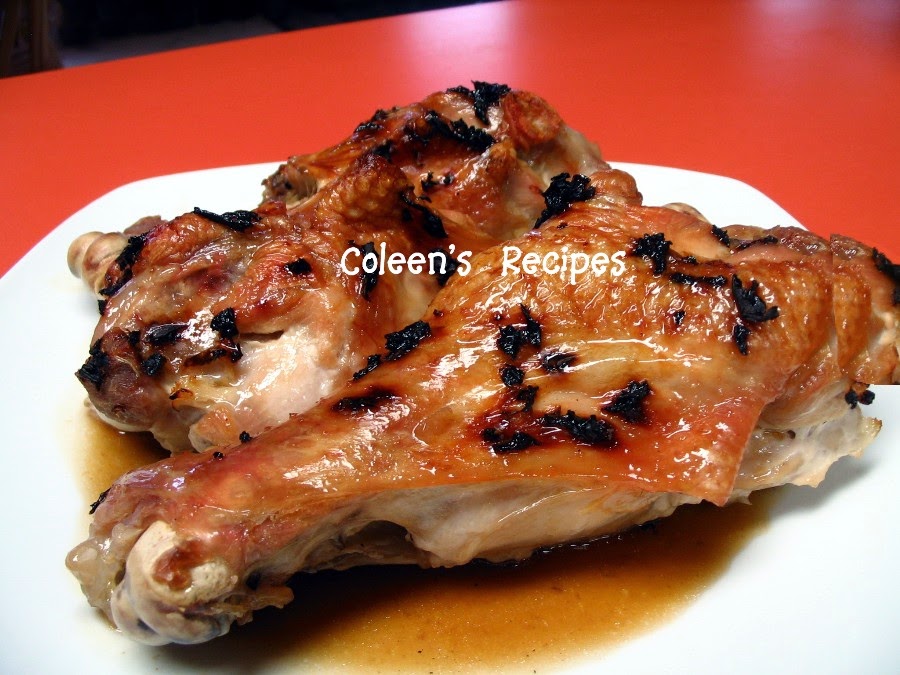 Put the turkey and onion into a large soup pot. Add 1 cup of water to the original baking pan and stir/scrape up all of the baking bits stuck to the bottom of the pan. Pour it all over the meat in the soup pot.

Add 6 cups of turkey broth to the soup pot, along with the carrot, celery and dried thyme leaves. Make sure the "browned" side of the wings are down in the broth. Bring it all to a boil, then reduce the heat to a SLOW SIMMER and cook UNCOVERED for 1 1/2 hours.

*NOTE: Turkey broth is the best for this recipe if you can find it. Locally, I've found it at Walmart, Carrs and Three Bears. If you can't find it, just use chicken stock. 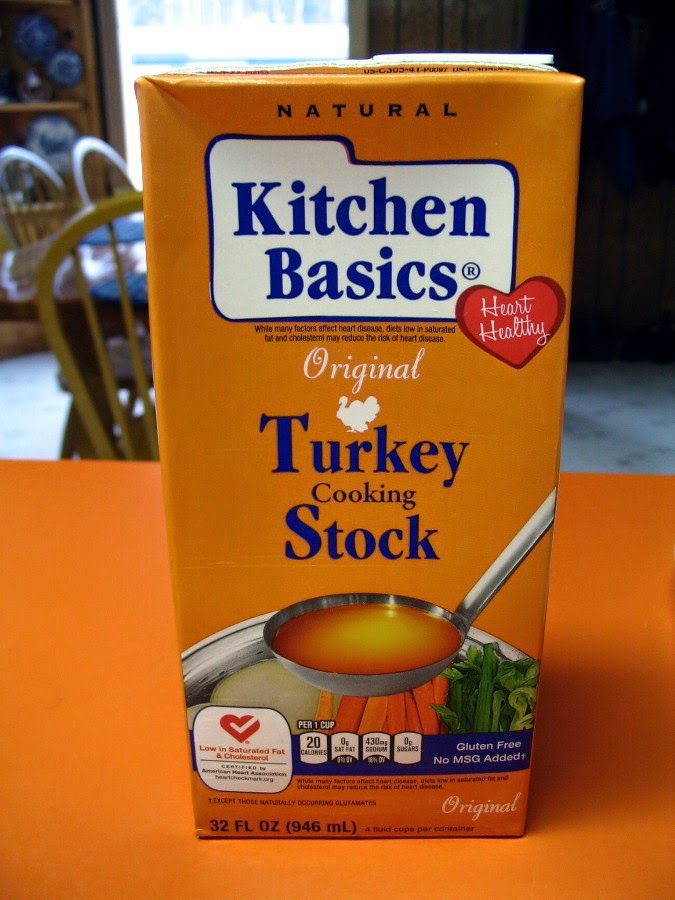 Recipe uses (2)of these 32 ounce boxes
After the broth has simmered for 1 1/2 hours, remove the meat from the broth (it can be saved for a different use if you want to, but you won't need it for the gravy).

Strain the broth (throwing away the veggies) and return broth to soup pot. Bring  the broth to a gentle boil.

Whisk the flour into the remaining 2 cups of chicken broth until smooth and gradually whisk it into the simmering turkey broth. Cook and stir until thick.  Stir in butter and pepper.

IMPORTANT: Taste the final gravy for salt. I usually end up adding about 3/4 teaspoon of salt before serving.

NOTE: *How much flour you use to thicken your gravy depends on how much liquid broth you have after it's boiled. I usually end up using 1/2 cup of flour. 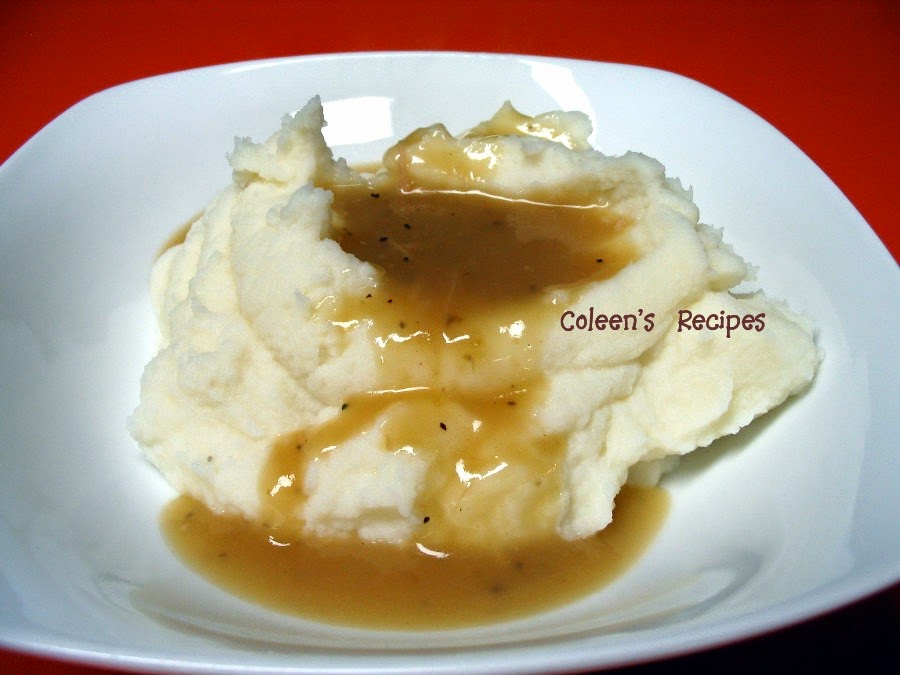 Coleens Recipes
Cooking in my Alaskan Kitchen for 40+ years.